Not sure which Silhouette Machine to buy?

If you are feeling a bit confused about whether to buy the Silhouette Curio vs Cameo 3, we are here to help!

* Please note, that the Silhouette Cameo 4 is out now. The Cameo 3 is still a fabulous buy, but you might want to compare the Cameo 3 vs the Cameo 4. 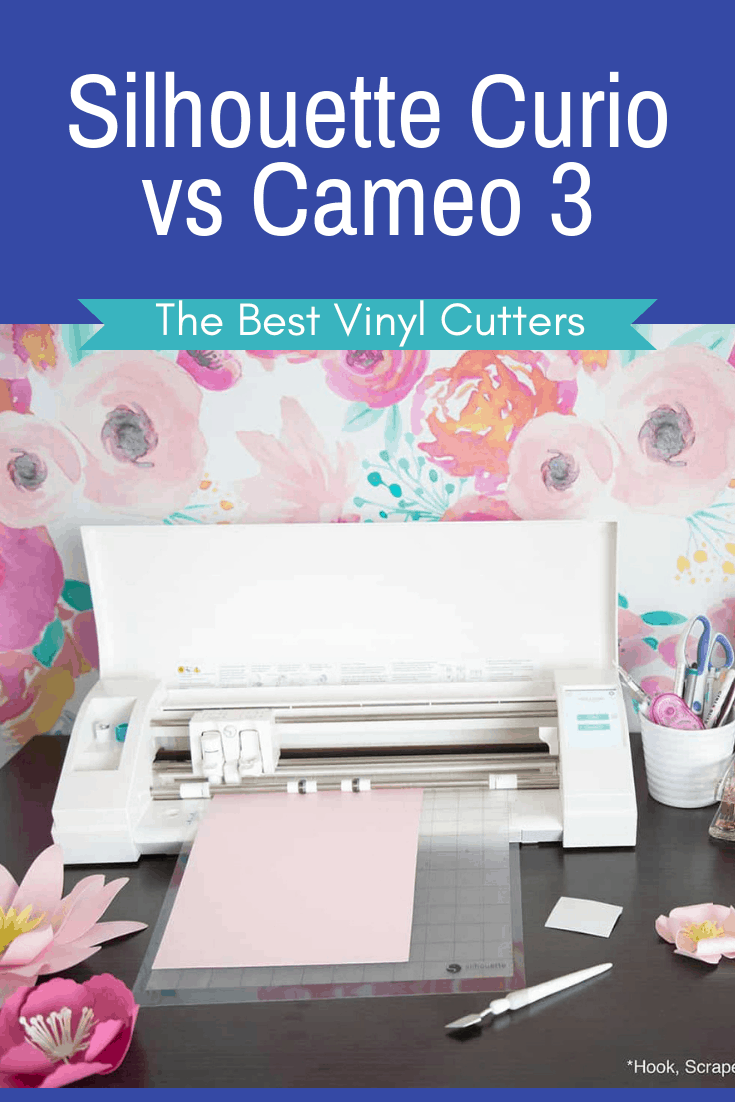 Fortunately these two machines have very different features, so by the end of this comparison, you should know exactly what the difference between the Silhouette Cameo 3 vs Curio is.

Below you will find a super handy Silhouette Cameo vs Curio comparison chart.

The chart is great for a visual representation of the difference between the Curio and Cameo 3 cutters.

Summary of Main Difference between the Silhouette Cameo 3 and Curio

The main difference between the Cameo 3 and Curio is that the Silhouette Curio is more versatile, in that it can cut, score, emboss, deboss, etch and stipple.

If you wish to purchase a machine that will be used for cutting, we highly recommend you invest in the Cameo 3, but if you are after a machine that has added features, the Curio might be for you.

Keep reading the rest of the post to find more in-depth information and videos to help you decide which machine is the right one for you!

With this nifty machine you can enjoy crafting a wide range of Curio Projects.

This cutter does not only have the ability to cut and draw, but it can also emboss, deboss, score, sketch, stipple, and etch.  Pretty impressive huh!? 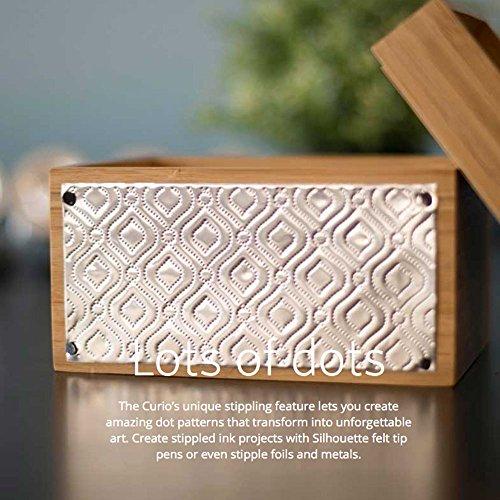 Whilst the machine sounds too good to be true, it does come with its limitations though.

Where the Curio is more versatile than the Cameo Vinyl Cutter, it offers a much smaller cutting size.

The Curio has an 8.5 inch by 12-inch cutting surface, compared to the vinyl cutter Cameo 3, which is capable of cutting 12 inches wide and up to 10 feet long.

Below you will find a quick Silhouette Curio Video to outline all of the positive features of the machine.

The Curio Vinyl Cutter has been designed to be a companion machine to your favorite vinyl cutter, rather than a stand-alone cutter.

The machine has many features, but if you are only really after a machine that can cut paper, cardstock, vinyl etc. we suggest you look towards the Cameo 3.

The Cameo Silhouette 3 is one of the top selling vinyl cutters on the market in 2020. What makes this machine so popular? 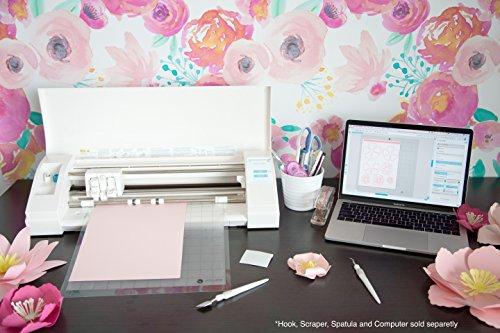 In comparison to the Curio Plotter, the Cameo 3 is more focused on being brilliant at cutting and drawing.

It has the ability to work with over 100+ material and will deliver precise and intricate cutting of designs.

The Silhouette Cameo 3 features a much larger cutting size (12" x 10 feet) and has the very intuitive autoblade which auto-adjusts its blade depth to the material to be cut.

I really feel that the Cameo 3 is the best vinyl cutter for the money.

Below is a quick Silhouette Cameo 3 video to showcase its most prominent features.

I also love the new range of colors that the Silhouette Cameo 3 has been released in - I mean, we all know that 'looks' matter right!?

Both the Curio Plotter and the Cameo 3 has the ability to do two jobs at once, thanks to the dual carriage. They also both use the PixScan software.

What can the Curio Cutter do that the Cameo 3 machine can’t?

Let's take a closer look at the Curio Silhouette vs Cameo 3.

The Curio can tackle a large variety of gorgeous Silhouette Curio projects.

More specifically the Curio has the following unique features:

What can the Cameo 3 do that the Curio machine can’t?

Here is a great video showcasing how the Silhouette Curio Cutting Tool stacks up against the Cameo 3 Silhouette.

The video clearly outlines the difference between the Silhouette Curio vs Silhouette Cameo 3 Vinyl Cutter.

Which one is the one for you?

Have you managed to figure out which one is for you?  Let's break it down further to see whether the Curio Silhouette or Cameo is for you.

Do you need a machine that can emboss, deboss, etch, stipple as well as draw and cut?

Do you need a machine that has a decent cutting size on offer?

Do you want to have your machine away from your computer and out of the way?

Do you want the cheapest machine?

Remember, the Curio was designed to accompany your current vinyl cutter.  If this is your first vinyl cutter purchase, we highly recommend the Cameo 3.

If you have a great vinyl cutter and you want to add the versatility of adding embossing, etching and stippling features to your projects, then we suggest you purchase the Curio.

If you have some money to invest, you could also look at getting the perfect combination of both machines together! 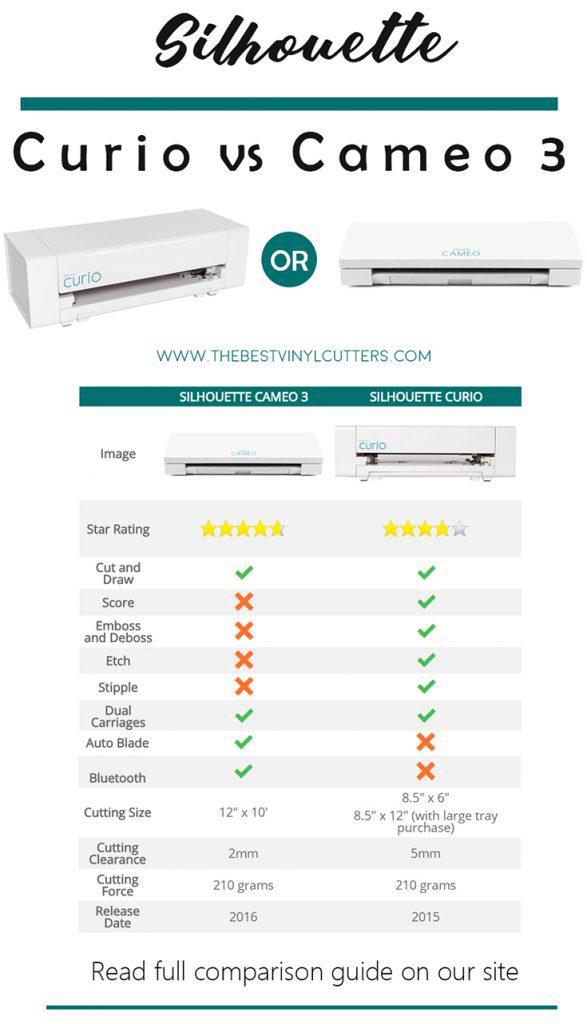 6 thoughts on “Silhouette Curio vs Cameo 3 – Which Cutter Should you Buy?”